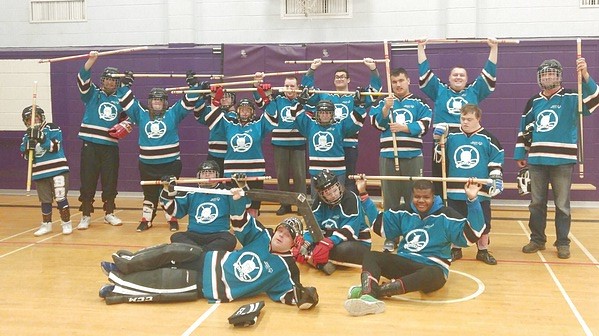 two decades. During that time, the Flyers have gone unbeaten and again won on February 26 by a score of 18-8!  Without a win, this event is still an annual highlight for the HPFFA Charity & Community Support team, seeing new and familiar faces every year.  The HPFFA is always proud to support these players and this team with a donation and presented a cheque to the team at that game.  With those funds, the team was able to purchase much needed equipment and recently, the team hosted their year end banquet in which players were presented with special team shirts. Congrats on another great season Flyers!  See you next year!