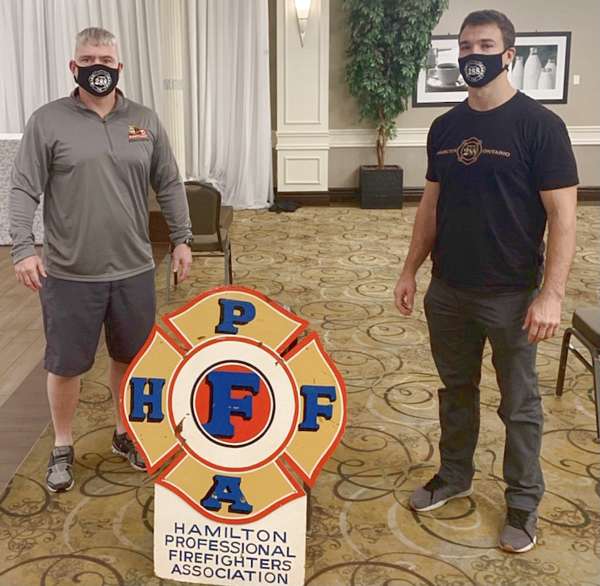 Every year, during the months of July & August, Canadian Blood Services host a National campaign in which police, paramedics and fire fighters participate in a friendly competition to see who can recruit the most blood donors in their respective municipalities.  In addition to this fun competition between Hamilton First Responders, the HPFFA also conducts an intra-Platoon challenge to see which Platoon can recruit the most donors. 210 members donated in 2020 (surpassing the 146 HPFFA donors in 2019)!!

C Platoon has won the HPFFA intra-Platoon competition every year since inception in 2016 and would not relinquish that title in 2020!
C PLATOON: 72 Donors
A PLATOON: 57 Donors
D PLATOON: 38 Donors
B PLATOON: 25 Donors
DAY SHIFT: 19 Donors

With this win, C Platoon won $200 to go towards their year end Class Promotional Party.  Instead of using the funds for the next available event, top recruiters, Brother Nordoff and Brother Steeves, along with the rest of C Platoon donors decided to donate the funds to Food4Kids Hamilton.  Thank you C Platoon!