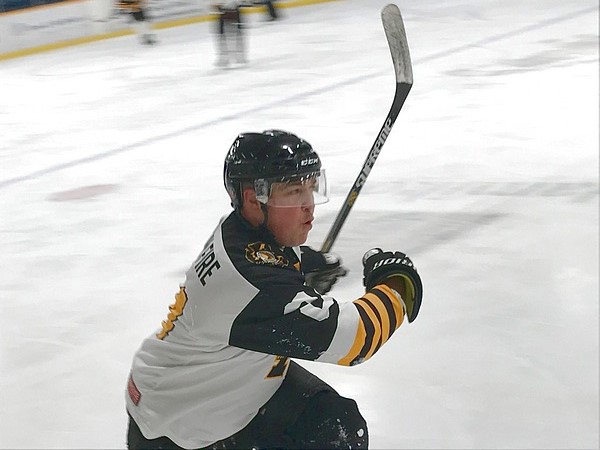 On November 23, members of the Hamilton Fire Fighters Association participated in the 3rd Annual Celebration Hockey Game at Mountain Arena.  This scripted hockey game not only entertained hundreds of students from St. Michael Catholic Elementary School, but it also served as a celebration of the success from the October Hamilton Fire Fighters Charity Hockey Tournament.  That 4th Annual tournament (supported by our friends at tandia cooperative banking) helped to raise another $20,000 for Food4Kids.  Since 2015, that Charity Hockey Tournament has helped to raise $60,000 for Food4Kids and supported many Hamilton youth in need. Selected students from the school helped out with the national anthem and ceremonial puck drop (as well as participated in an intermission contest “puck toss” with the winner receiving a Tim Hortons classroom party).

Special thanks to all the players who put on a show for the students & fans!  Click here for the full photo gallery.