HPFFA Lacing up the Skates for Food4Kids this week! 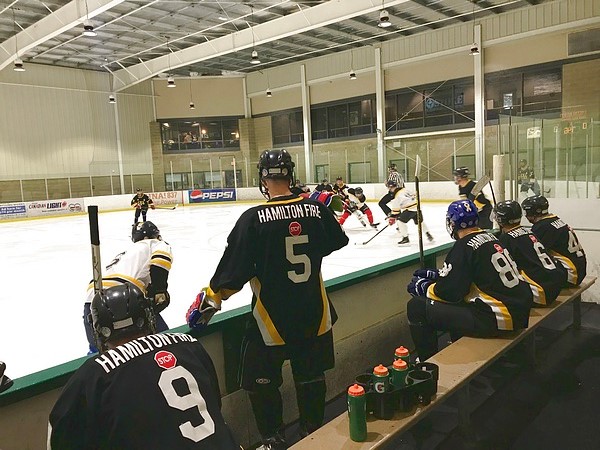 Since 2015, teams of Fire Fighters, Paramedics, Police, Border Security, Corrections and college pre-service programs from all over Southern Ontario and parts of the United States have participated in this charity event and helped to raise over $60,000 for Food4Kids.

The 2019 fundraiser will include 19 teams of 250 players. Finals will take place on Thursday afternoon starting at 12:45pm. Please join us for some exciting hockey, raising funds for a great local cause.

Charity Hockey Video 2019
HPFFA Runs in Strides for the General